Paulo Steinberg has performed as a soloist and as a collaborative pianist across the U.S., Canada, South America, and Europe, including venues such as the Theatro Municipal de São Paulo in Brazil, the Kennedy Center for the Performing Arts in Washington D.C., and the St. Giles’ Cathedral in Edinburgh, Scotland. Recent engagements include performances at the International Festival “Experiencing Villa-Lobos” and the Wintergreen Summer Music Festival “The Rhythms and Colors of South America” and teaching at the Saarburg Chamber Music Festival in Germany. 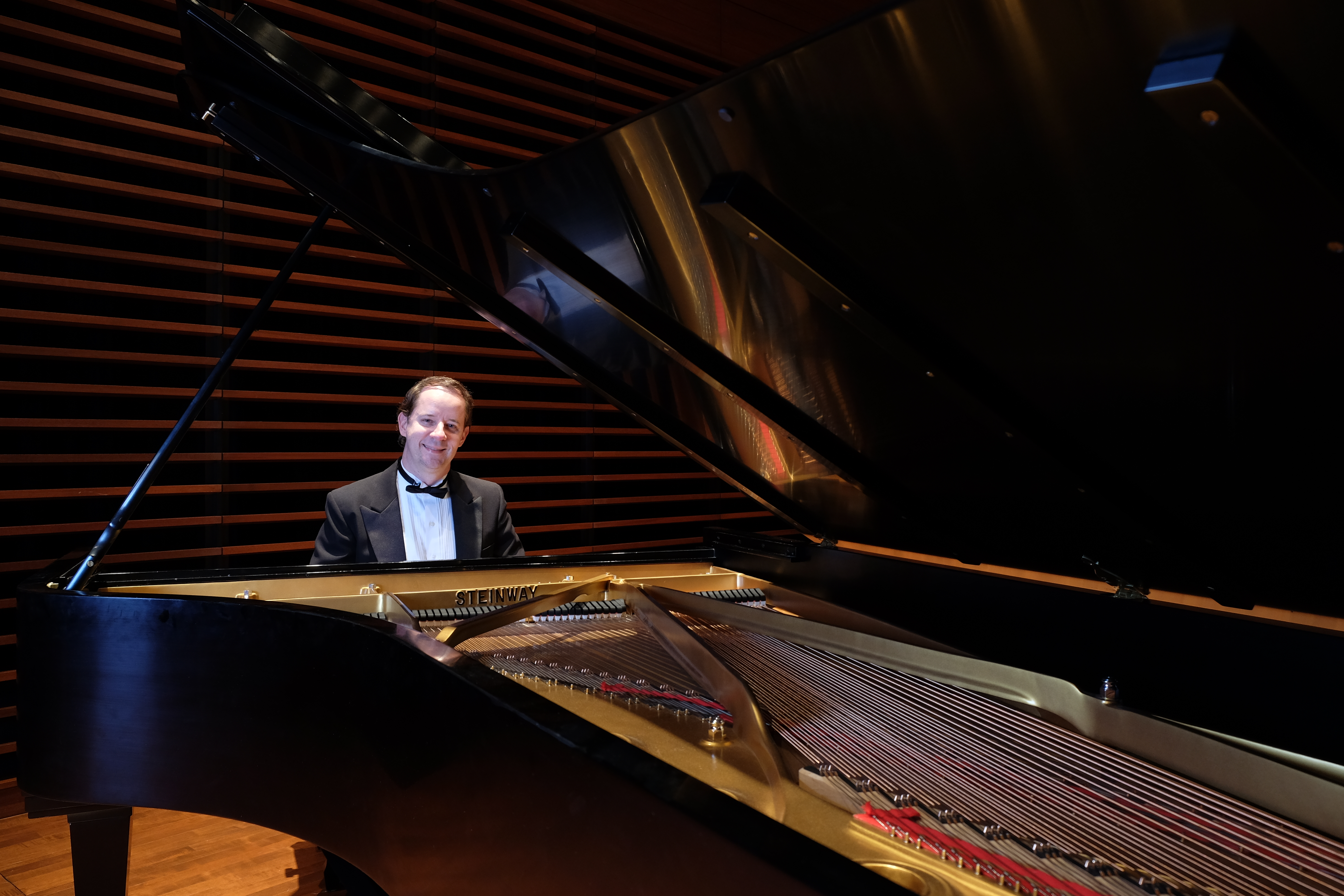 A winner of several national competitions in his native Brazil, Dr. Steinberg was also the recipient of a prestigious scholarship from the Brazilian Government while pursuing his advanced degrees in piano performance. He holds a Bachelor’s degree in piano from Universidade de São Paulo, a Master’s degree from Arizona State University, and a Doctor of Music degree from Indiana University. Among his distinguished teachers are Brazilian pianists Carlos Yansen, Elizabeth Barthelson, Gilberto Tinetti, Caio Pagano, Paulo Gori, and Belgian pianist Ms. Evelyne Brancart.

As an ambassador for cultural exchange through music, Steinberg initiated a partnership with Música no Museu, an organization based in Rio de Janeiro that co-sponsors an annual competition, provides performance opportunities, and offers scholarships for young musicians. He often serves as an adjudicator in competitions, and offers master classes, lectures, workshops and performances in the U.S. and abroad.

Besides his love for teaching and performing, Steinberg has served in several administrative positions, most recently as president of the Virginia Music Teachers Association. The Recital Clarinetist – a recording in collaboration with clarinetist Dr. Janice Minor – was released in 2015 by Summit Records. His solo CD Alma Brasileira was just released in April 2017 by Op. 111 Productions. The album Music Time Place in collaboration with flautist Beth Chandler was released in March of 2018. Paulo Steinberg is Professor of Piano at James Madison University in Harrisonburg, Virginia.